Tenuta Martinelli winery owned by the brothers Giuseppe, Fabio and Cristian located at the foot of Monte Orfano, is developed with owned vineyards among the towns of Cologne, Provaglio d'Iseo and Passirano.

This diversification between terraced colluvia soils and the majestic Franciacorta morainic amphitheater gives our grapes a unique complexity.

Uniqueness which can be also found in the magnificent setting of Monte Orfano, where the winery is located. This area preserves an ancient history and is characterized by geological peculiarities, which have created a strong link between territory and population.

…Because words are like wine: they need breath and time for the velvet of the voice to reveal their definitive flavor.
(Luis Sepúlveda)

Monte Orfano is a pre-Alpine hill located on the southwestern edge of Franciacorta, extended among the territories of Coccaglio, Cologne, Erbusco and Rovato. On the map, it shows an elongated shape and it is isolated from other hills: due to this particular condition the hill was named “Orfano” (Orphan).

Monte Orfano is the only hill of marine origin of the Miocene age in the Po Valley. This is also attested by microfossils that allow the identification of coastal sedimentations.

The hill was also exploited to extract the "conglomerate", a sedimentary rock made by gravelly and pebbly elements, which fortifications, houses and religious buildings were built with. In some areas there are sandstone banks and at 20 or 30 meters deep, banks of a marly nature can be found.

Peculiar is the "Red Earth", which confirms the presence of calcareous soils: this particular phenomenon is due to the mix of clayey soils and iron oxide. Hydrological wealth and soil fertility were enhanced and organized to reach full development with Benedictine and Cluniac monasticism, when the morainic agricultural area and the contiguous one were divided into farms. These favorable conditions, together with the minerality of the soil, make wines of this area unique.

Our wines have as a common feature the respect for biodiversity, which combined with the passion and experience of the owners and employees of the winery, makes our production a constantly developing adventure. Our projects include the Franciacorta D.O.C.G. "Benedetta Buizza" line: Brut and Satèn, dedicated to the memory of the Martinelli brothers' mother. Also the red reserve wine “Érman” in memory of their father Ermanno: guardian of the great passion inherited by his sons for the wine world.

The Rosé of the “Benedetta Buizza” line and two types of still white wines linked to the Monte Orfano territory tradition are the next projects currently under development. Wines linked to tradition and family, but always keeping enthusiasm towards the future and innovation.

Straw yellow in color with slight greenish reflections, it has a typical bouquet of floral aromas and yeasts; on the palate soft, fresh, complex and mineral.

VINIFICATION
The grapes are subjected to a soft pressing in order to obtain the separation of only the flower must, which ferments in thermo-controlled stainless steel tanks at a temperature of 16.5 ° C. Here the obtained sparkling base matures for 6-7 months.

AGEING ON THE LEES
Minimum 18 months

Characterized by a very fine and persistent perlage, it presents notes of white flowers and vanilla on the nose. On the palate it is soft, pleasantly savory and complex.

VINIFICATION
Grapes are subjected to a soft pressing in order to obtain the separation of only the free-run must that ferments in thermo-controlled stainless steel tanks at a temperature of 16 ° C. Part of the obtained base matures for 6-7 months in steel tanks, about 20% is aged in French oak barriques and then assembled for the cuvé.

AGEING ON THE LEES
Minimum 24 months 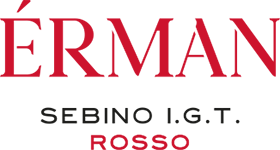 VINIFICATION
After a scrupulous qualitative selection of the bunches, the grapes are brought in small crates to the cellar for immediate destemming-crushing. Fermentation is carried out at a temperature of about 25 ° C. Maceration of skins with grape seeds takes about three weeks. Then follows the racking. Subsequently, it is aged on “noble lees” in wood for one year. A further refinement in steel follows. Before being released, the wine is refined in bottles in an air-conditioned environment.

TASTE
Striking is the tannic elegance of the vines contextualized with velvety-softness. The reserve lends itself to aging for up to two years in bottles. 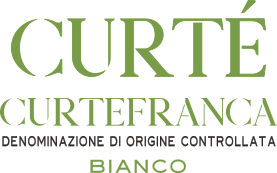 VINIFICATION
Grapes in full maturity and hand-harvested are softly pressed. Fermentation in wood in an air-conditioned environment allows to create a complex and rich product throughout the winter and the part of spring. After bottling there will be a refinement of few months in the cellar.

TASTE
Structured and fat. In this wine freshness combines with minerality. 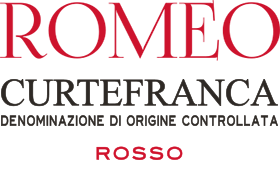 VINIFICATION
After a scrupulous qualitative selection of the bunches, grapes are brought in small crates to the cellar for immediate destemming-crushing.
The fermentation is carried out at a temperature of about 25 ° C. The maceration of skins with pips is about a week. Then follows the racking.
Then an aging on “noble lees” in steel.
Before being released, the wine is refined in bottles in an air-conditioned environment.

TASTE
Elegant and soft at the same time. Tasty and intriguing. 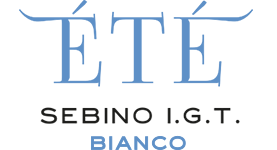 COLOR
Intense straw yellow with well-marked green notes which give a freshness sensation.

TASTE
Acidity and freshness as first impression. Good structure, long and savory. The acidic freshness invites you to drink. 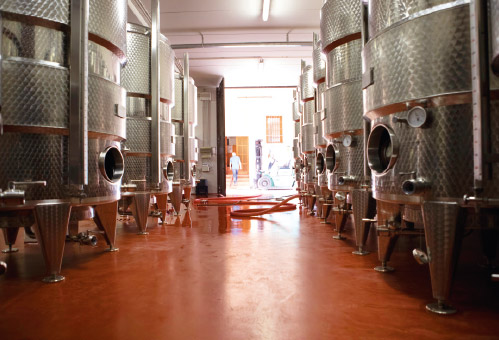 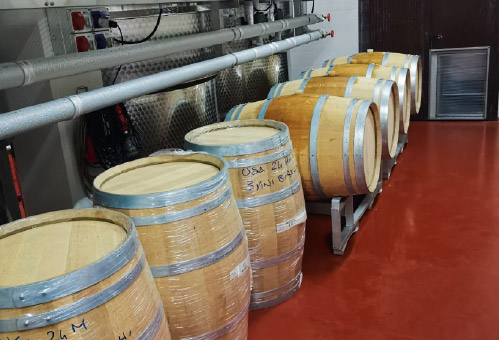 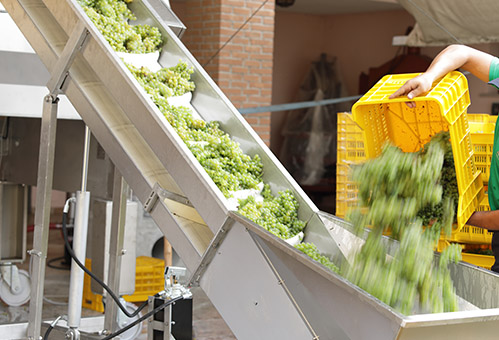 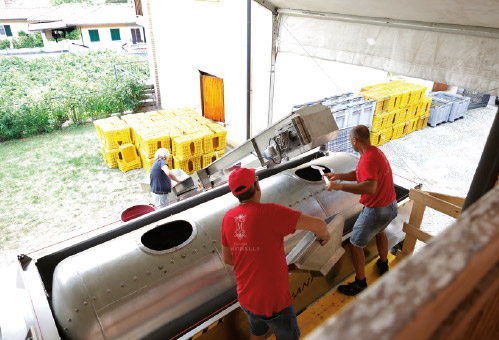 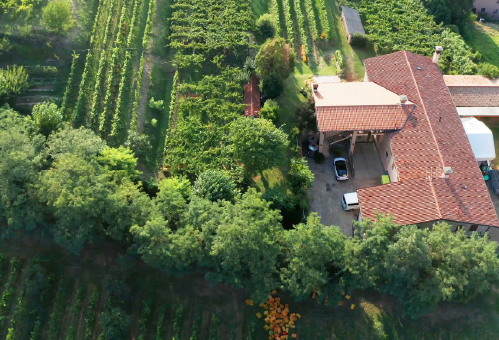 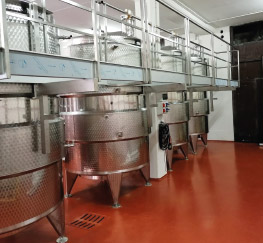 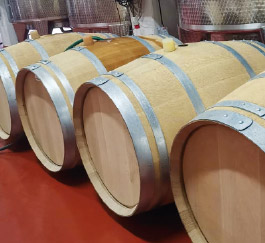 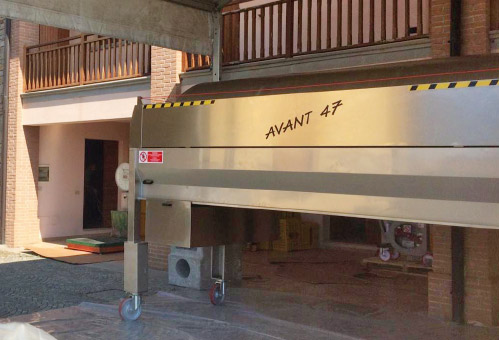 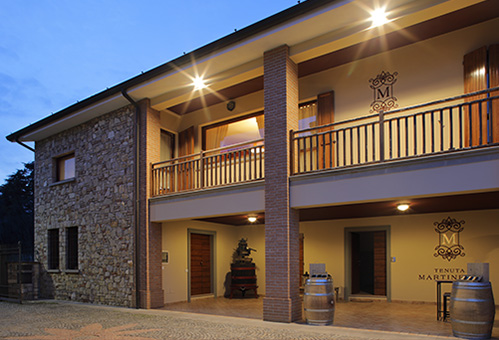 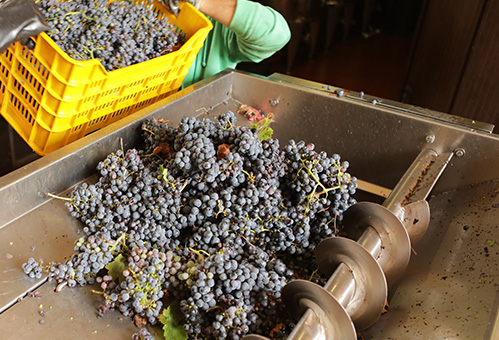 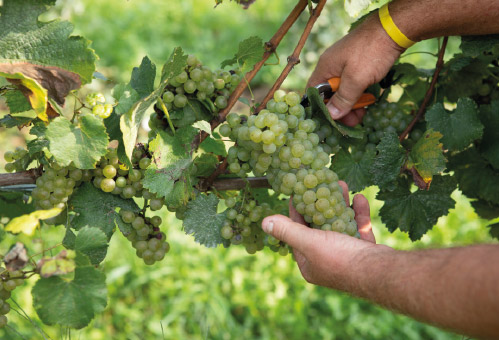 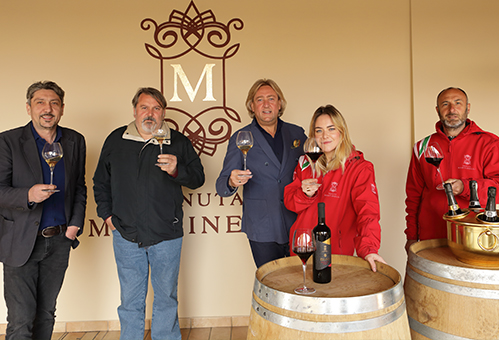 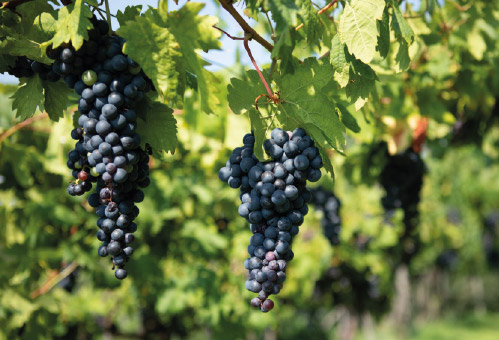 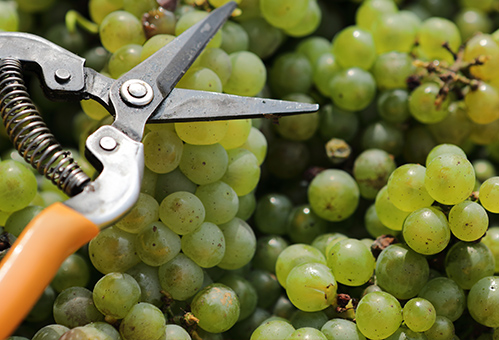 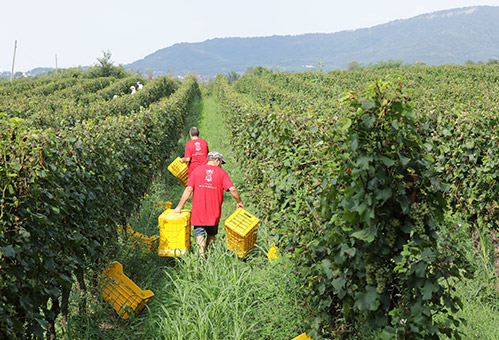 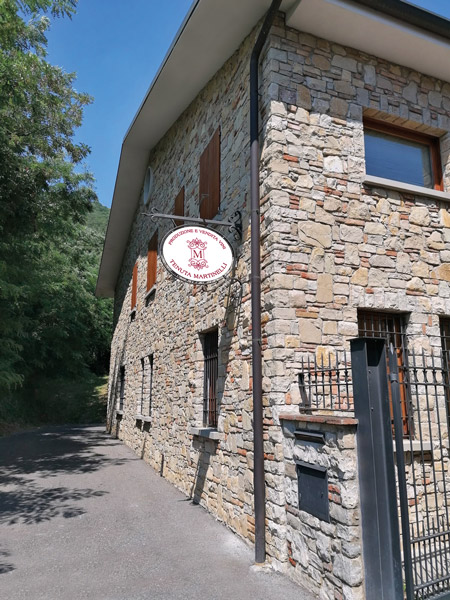